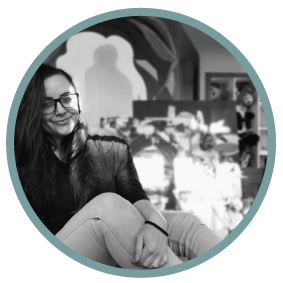 Being a young designer in South Africa is something I had actually seen myself becoming, but stopping there was not an option. In 2009 I was an art student finishing off my Matric year and feeling the pressure to choose my career path. In all honesty I knew becoming a doctor or lawyer was really something I didn’t want to pursue. I remember sitting in Art one day and getting back my results for a theory exam I had written, 98%….I was so excited that I had received those marks and truly couldn’t believe it. Theory was hard, you had to think and analyse artwork and artists, critique there thought processes and explain their creations taking into consideration the time and era they were created in. It was then that I started to question…what happened to my 2%? It came to me like an epiphany, “How can I be marked based on my opinion and how I analyse something artistic, art is never wrong!?”

I recall my teacher looking at me and smiling….”exactly!” She had mentioned that I should go into design after school, and in thinking about it now, I wonder if she thought I had the talent, or rather the “brains” to design? I had made my decision in that moment to become a designer and pursue a career in the “artistic industry” if I can call it that. I spoke to mom (being a creative herself), and remember getting all my work together and going to my Interview. I was to be analysed…… Its a funny thing that, because in that moment I think I grew a new respect for what I had wanted to do. For someone to commend me on choosing my subjects wisely and being able to qualify for the “criteria” for being a designer was really something to be proud of – Its’ something we don’t hear much about in the world, generally you would know that you need amazing marks to be a doctor or a business mind to get a BCOM or even qualify for some kind of tertiary qualification, but here I was, applying with my talent for a Degree!

I am happy to say that I was accepted and in my acceptance attended Greenside Design Center. I was honestly so excited about this new chapter in my life and really started to grow a passion for design and even the theory behind it. I was understanding things I never could and things were being explained in my terms. To question life and to question yourself, your talents, your ambitions…. That is what started to fuel me. I became engulfed in a new world of “visuals” and “interpretation”. In studying my Design Degree I really started to live differently. I think any designer you speak to will tell you that once you have the tools and a new perspective on the “design” world, your vision completely changes. You start looking at different adverts, thinking of what components should and shouldn’t be there, critiquing compositions that you never saw before and truly grasping the reasoning for why people do this. If I could describe it simply, it’s almost like seeing the world in full HD for the first time.

Design is simply magnificent! It was through studying and truly only when I was in second year that I started to understand the theory behind design and the importance of it. The explanations behind why people have chosen to use a specific image or how they came about that composition is simply remarkable. Something in your mid set changes and becomes hungry for information, to learn more and “see” more. I think for myself I started to believe in what I had as talent could be used as a tool towards innovation, development and real change in the world.